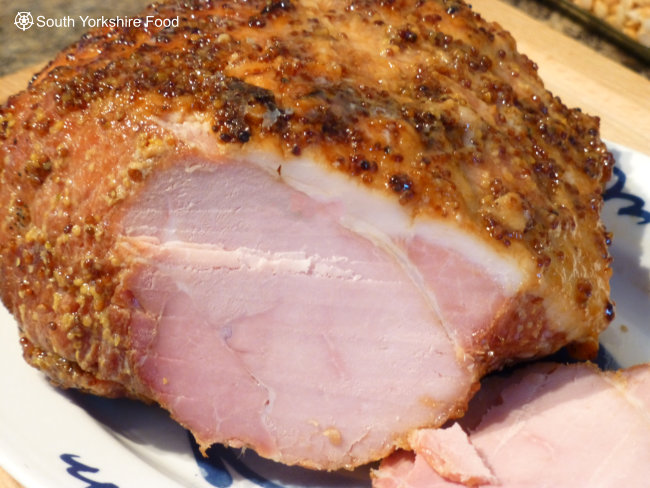 Gammon cooked in cola is surprisingly excellent! The first reaction is usually "That will never work!", but the sweetness of the cola nicely balances any salt used in the curing of the gammon. The addition of some subtle spicing to the cooking liquid, and finishing off with a maple syrup and grain mustard glaze, makes this a truly irresistible dish. You will never cook gammon any other way. Serves 6-8.

Email '- Gammon Cooked in Cola' to a friend