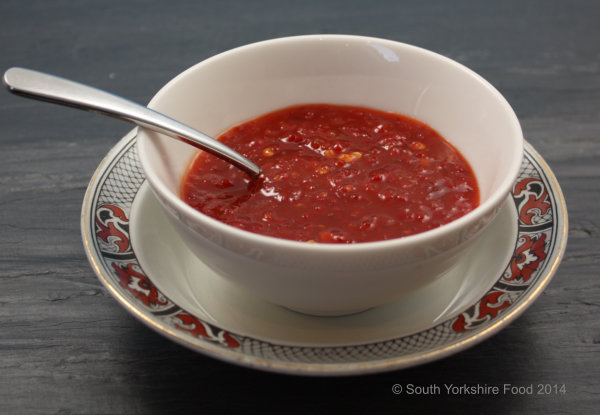 We've had a great crop of Padrn Chillies this year, in fact too many too eat as we let them get a little to big and they became really hot! So we let them ripen and turn red and made them into this great sweet chilli sauce. It's got a real kick - who knew Padrns could get so hot. If you haven't got any Padrn Chillies then just use your favourite type.