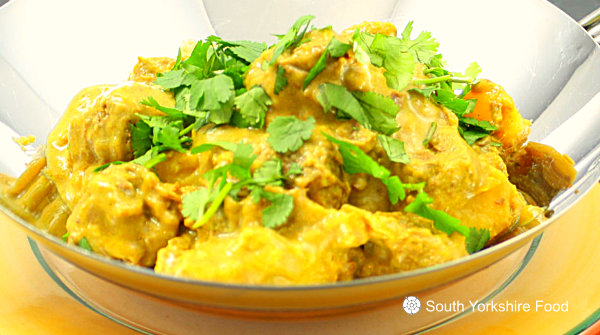 Thai Massaman Beef Curry is an exotic and delicious tasting curry, that derives from Muslim cultural influences from around the the 17th century. Massaman is a corruption of the word Mussilman, which meant Muslim. The spicing of the dish uses many of the normal Thai spices, but being of Muslim origin, it is traditionally made with beef, which was acceptable to Muslim dietary laws. Serves: 4

Note: The dish is equally good made with duck or chicken, but will require, chicken stock and a shorter cooking time.